By heartmomwriter in Uncategorized on February 23, 2016
No comments 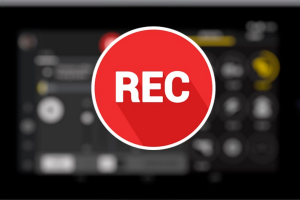 Heart Month 2016 is coming to an end. It’s been a crazy month for me! For the first time ever, we decided to release a radio show every single day in order to promote congenital heart defect awareness during Heart Month. We have increased the number of Listeners to the radio show and we have helped some people discover the radio show who didn’t know about the show before.

February has been exciting because we have a new intern who started helping us as an Assistant Producer of the radio show. In fact, today’s show Congenital Heart Defects Around the Globe: Israel is the first show for Gracy Kheshtinejad to actually be the producer and it’s the first time for us to use the new Spreaker recording app to record the show. Additionally, with this show I used an external microphone and a pop filter which I really think enhanced the sound quality of the show. I feel like I’m always learning something new when it comes to the radio show.

Today’s episode was an extremely emotional show for me. The Guest, Micheal Liben, is a long-time friend. We first “met” 18 years ago, when Liel was born and her heart defect was detected. As is so often the case, I haven’t met Michael in person, nor had I ever spoken to him on the phone, until we did this show. While I didn’t cry during the show, I certainly got tears in my eyes while editing it — which is when it all hit me. I feel terrible that I wasn’t there for Michael and his family during his darkest hours after losing Liel. We had simply lost touch across the passage of time; however, congenital heart defects are a very strong link. Michael and I simply picked up where we had left off so many years ago and we were able to communicate as friends and heart parents.

Our biggest goal for February has been to get enough Followers of the radio show to be able to petition iHeartRadio to carry our show. We have over 50 Followers, which is great, but we need 100. Can you help? There are only 6 days until we reach the end of heart month which means we’ll need about 10 Followers a day. I know we can do this if only everyone would take 2 minutes to Follow the show and then ask a friend to do likewise. Let’s make Heart Month 2016 the month where we not only help people on the Internet, but people who only have a radio but need support, too!

I am an Internet podcast host of the program called "Heart to Heart with Anna" which is available on BlogTalkRadio, Spreaker, iTunes and YouTube. Season One is also available on VoiceAmerica. I'm also an author and a publisher. I own Baby Hearts Press which publishes resources for the congenital heart defect (CHD) community. I am the mother of two sons -- the youngest has a CHD but he is doing very well. My sons and my husband inspire me daily. View all posts by heartmomwriter

Click here to listen: "Heart to Heart with Anna".

Check out our blog posts!